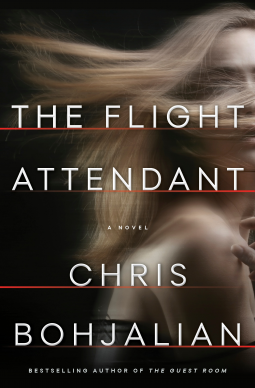 Woot! One of my very favorite authors has a new book out this week! I read it months ago as I got it via Net Galley and I’ve been waiting to share my excitement. First I have to say that Mr. Bohjalian is one of the most gifted and versatile authors that I’ve ever read. He can write in any genre and any topic. (And, if you follow him on things like Twitter and Facebook, he is a very humble and gracious guy!).

This story was a suspenseful one, focusing on a flight attendant who hooks up with a guy she serves in First Class, and then wakes up to find him dead, next to her in bed. It’s a suspenseful read, full of twists, but even more than I loved the mystery of it all, I loved the totally imperfect character of Cassandra. She made mistakes, she was rather messed up, she was not honorable, yet you couldn’t help but cheer her on.

As  I read this novel, I thought “this would make a good movie!” and yesterday on Facebook I saw that a movie is in the works — yeah!

Thank you for my review e-copy via Net Galley! I look forward to the next novel from Mr. Bohjalian!

From the New York Times bestselling author of The Guest Room, a powerful story about the ways an entire life can change in one night: A flight attendant wakes up in the wrong hotel, in the wrong bed, with a dead man – and no idea what happened.

Cassandra Bowden is no stranger to hungover mornings. She’s a binge drinker, her job with the airline making it easy to find adventure, and the occasional blackouts seem to be inevitable. She lives with them, and the accompanying self-loathing. When she awakes in a Dubai hotel room, she tries to piece the previous night back together, counting the minutes until she has to catch her crew shuttle to the airport. She quietly slides out of bed, careful not to aggravate her already pounding head, and looks at the man she spent the night with. She sees his dark hair. His utter stillness. And blood, a slick, still wet pool on the crisp white sheets. Afraid to call the police – she’s a single woman alone in a hotel room far from home – Cassie begins to lie. She lies as she joins the other flight attendants and pilots in the van. She lies on the way to Paris as she works the first class cabin. She lies to the FBI agents in New York who meet her at the gate. Soon it’s too late to come clean-or face the truth about what really happened back in Dubai. Could she have killed him? If not, who did?

Set amid the captivating world of those whose lives unfold at forty thousand feet, The Flight Attendant unveils a spellbinding story of memory, of the giddy pleasures of alcohol and the devastating consequences of addiction, and of murder far from home.