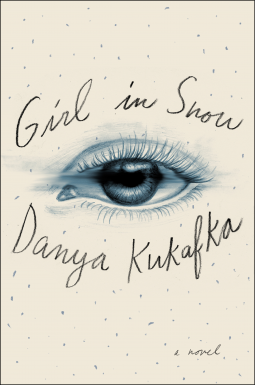 “An exciting debut from a talented new voice. Girl in Snow is a propulsive mystery set in a suburban community marked by unsettling voyeurism. Danya Kukafka patiently reveals layers of her characters’ inner lives—their ugliness and vulnerabilities—in prose that sparkles and wounds. I couldn’t put this one down.” —Brit Bennett, New York Times bestselling author of The Mothers

An addictive debut thriller about the mysterious death of a small-town golden girl and the secret lives of three people connected to her: the social misfit who loved her from afar, the rebellious girl who despised her, and the policeman investigating her death.

Oddball Cameron Whitley loved—still loves—Lucinda. Though they’ve hardly ever spoken, and any sensible onlooker would call him Lucinda’s stalker, Cameron is convinced that he knows her better than anyone. Completely untethered by the news of her death, Cameron’s erratic behavior provides the town ample reason to suspect that he’s the killer.

Jade Dixon-Burns hates Lucinda. Lucinda took everything from Jade: her babysitting job, and her best friend. The worst part was Lucinda’s blissful ignorance to the damage she’d wrought.

Officer Russ Fletcher doesn’t know Lucinda, but he knows the kid everyone is talking about, the boy who may have killed her. Cameron Whitley is his ex-partner’s son. Now Russ must take a painful journey through the past to solve Lucinda’s murder and keep a promise he made long ago.

Girl in Snow investigates the razor-sharp line between love and obsession and will thrill fans of Everything I Never Told You and Luckiest Girl Alive.Intoxicating and intense, this is a novel you will not be able to put down.